Premier Member
IBR Finisher
#1
Sunday morning and I was out the door just before 2:00am, firing up the K1600 and rolling out of the garage and up the hill to the local ATM to collect my start receipt. 2:06am and I’m out of Sydney heading for Melbourne. 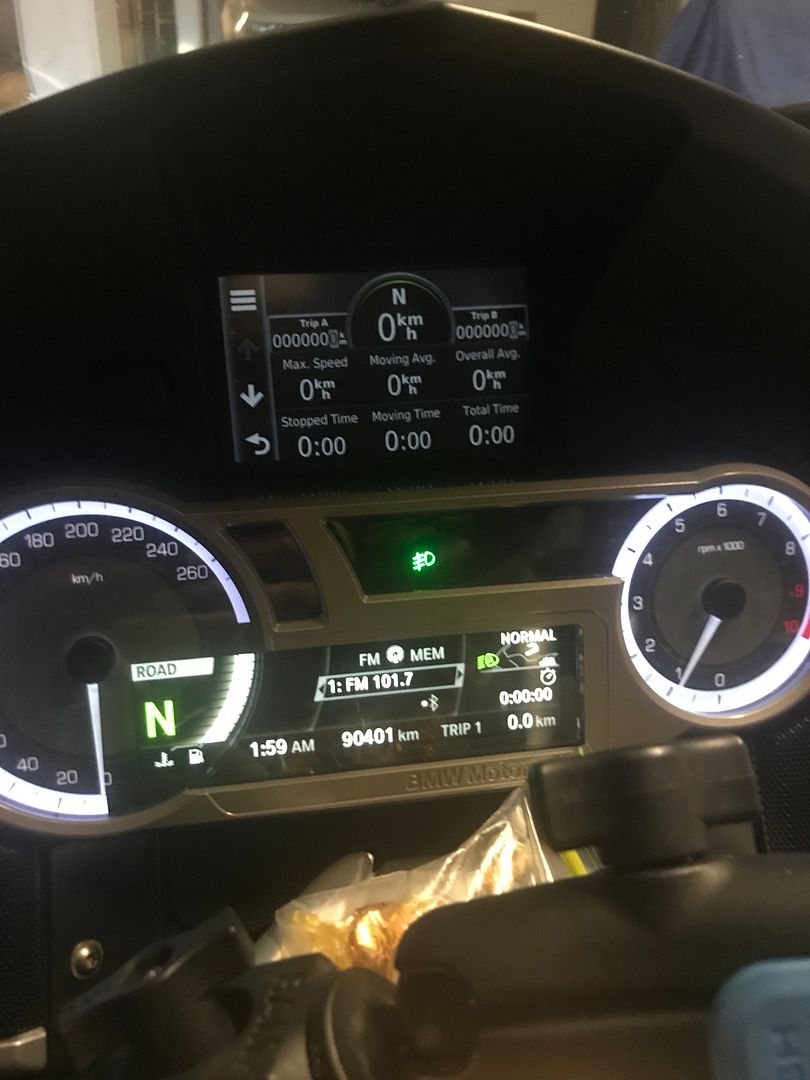 Time to get riding!

It was a quiet ride across the bridge and out through the ED tunnel. Even the M5 tunnel was unusually quiet. Time passed quickly, with Campbelltown passing by as the lights of south western Sydney disappeared behind me as I rode into the inky blackness. And the cold, the cold enveloped me, despite the heated grips, the heated jacket the cold worked its way into every nook and cranny. It was relentless.

It was dark, occasionally some stairs appeared but it there was no moon and little to light the night, other than the occasional car. And the wild life. Not long past Pheasants Nest I started to see roos and wombats grazing openly on the side of the motorway, not lots but enough and at frequent intervals as the miles rolled by. I stopped at Goulburn to top up the tanks, the attendant looking concerned as it took me ages to pay as my hands were so cold and I couldn’t extract my card from my wallet. Shivering from the cold, I thought I would take 5 minutes and have a hot chocolate in Maccas, but was disappointed to find the drive through only was open. I guess there aren’t too many customers around at 4:15am on a Sunday morning.

Onto Yass I rode, then Gundagai, where I pulled in at the Shell servo to fuel up and take 5. I was shivering badly and everything ached from the cold. And it was still dark, the overcast winter’s morning holding back the precious sunlight. I had a quick snack and got back on the Hume, continuing on southwards to Melbourne. Past Tarcutta, then Holbrook, with the sun peeking occasionally through the clouds, then Albury and into Victoria where a heavy fog settled over the country side to extend the dark miserable conditions. The fog lasted for over an hour, and finally as Violet Town approached, it lifted slightly.

I’d had enough. My body was aching from the cold and I needed time off the bike somewhere warm to regather. Violet Town provided a much-needed respite with a bacon and egg roll and coffee.

Time to get off the bike and warm up!

Back on the bike feeling warmer, and onto Melbourne I rode. Still no sun, just dull overcast with temperatures hovering around the 5 degree mark. I had arranged to meet my son in the City for lunch and Google maps did a great job of ensuring I didn’t get lost; I arrived a few minutes early at the café of choice. The joys of riding a motorcycle in Melbourne made parking easy and I even managed to grab a table inside, where I could sit and warm up. Lunch was great, catching up on father and son stuff. It had been a long while since we last saw each other. Lunch over it was time to head our separate ways, Morgan back into his busy Sunday afternoon and me to ride home to Sydney.

Parking in the inner city lane ways was easy

And riding out of Melbourne was a breeze, not a lot of traffic and before I knew it I was on the outskirts of Melbourne heading northwards. The sun was now out with the temperature a cool 12-14 degrees. On went the iPod as I worked my way through my playlists as the miles rolled by as I rode northwards. Wodonga came and went as I crossed out of Victoria into New South Wales, not a lot of traffic for a Sunday afternoon. As the sun started to set the temperature fell with it and as Yass rolled by it was back into single digits. I had the night and the highway to myself between Yass and Federal Highway, with only the odd car to break the darkness. Strangely there were hardly any trucks during this period. The stars were out and it was cold but progress was good.

A winters day coming to a close over the NSW hills

Into the cold darkness

At the Federal Highway junction, the traffic went from non- existent to peak hour snow traffic heading home for Sydney. Lots of SUV’s with skis/snow boards on roof racks jockeying for position with the semis. I pulled off at the BP Truckstop in Marulan for a warm meal and to rest, ahead of the final leg into Sydney. The bangers and mash were awesome and just what I needed. Back on the highway I made good time all the way back into Sydney, despite the heavy traffic. Taking my preferred route across the Cahill Express Way and onto the Harbour Bridge, I exited off onto Military Road to collect my finish receipt at the Caltex. The attendant recognised me from previous rides, and we chatted briefly before I headed home for a warm shower and some sleep. But not before I attended to Hettie, who had heard the bike ride past into the basement and was waiting to greet me at the door.

Overall I completed 1,771 kms in 21 hours and 45 minutes which included stops and lunch. I found this ride very tough due to the cold temperatures, despite having a heated jacket on for most of the ride to Melbourne. Riding a SS1600 in winter is harder for me, but overall it was a good day out on the bike riding a simple ride plan with lunch with my eldest.

Days like this....watching the sun set on the Hume Highway

Staff member
#2
Thanks for sharing your brisk ride. Just a quick ride for you to warm up, good to see you getting out and about

PS don't forget you can always park on the footpath, it's still legal in VIC

#3
Sounds a cold venture down south KiwiMartin, that cold can really get you down over time, well done overcoming it.

I am always surprised at the number of cars entering the Hume at the Federal Hwy intersection, more so I guess with the snow traffic.

What a great way to have lunch with your son.

Premier Member
#4
Nice way to spend a Sunday, Martin. For all its faults the Doom is an easy way to churn out the kays - low temperatures not withstanding.

#5
I feel for you Kiwi, I did a SS1600 [Trafalgar--- Dalby] last Friday early AM like yourself. My only consolation was my Warm and Safe heated clothing was only giving me 30% heat because I forgot to pair the controller to the jacket. It was -2 on the Newell north of the Murray. I was not shivering but it was mind numbing cold. A great way to touch base with your son. Cheers.

Premier Member
#6
Catching up with the kids is always a great reason to ride anywhere Martin. I felt cold just reading of your morning adventure ! I ride to see to see my kids in Canberra, Gerringong and Katoomba, but that usually means dinner with a stop overnight, so my overall kilometres are usually not reportable. Great report and photos as always. Well done on a tough Iron Butt effort

It's been a while arriving but here it is!

Premier Member
#9
I'm late to this party- wasn't scrolling far enough down the rides page, I guess.
I think really cold conditions are tougher than moderate heat (i.e. 36 to 40 degrees). You're all tensed up and the only escape is finding a warm room whereas a light breeze under a tree with the jacket off beats the heat.
Having something worthwhile such as lunch with someone adds a whole new meaning to an SS1600.