IBA Member
#1
Someone bought me a ground anchor for Christmas, seeing as I’m a bit paranoid about security since someone tried stealing my bike.
I decided to fit it to the wall in my garage, rather than the floor, as that would make it much harder for bolt croppers to be used.

I like any excuse to get my big f-off SDS drill out, so I measured up, marked up and drilled 4 holes in the wall ready to fit the expanding security bolts.

I felt the drill go into the cavity just at the end of each action, but I didn’t see that as a problem because I had also decided to use a gun application of a two part epoxy resin, to squirt into the holes before the bolts went in, just to add another layer of difficulty for any would be thief.

It all went without a hitch, and I pumped in the epoxy, expanded the bolts, then hammered in the anti tamper ball bearings into the end of each bolt.

It fits nicely with a chain through the chassis, and I was pleased with the result. 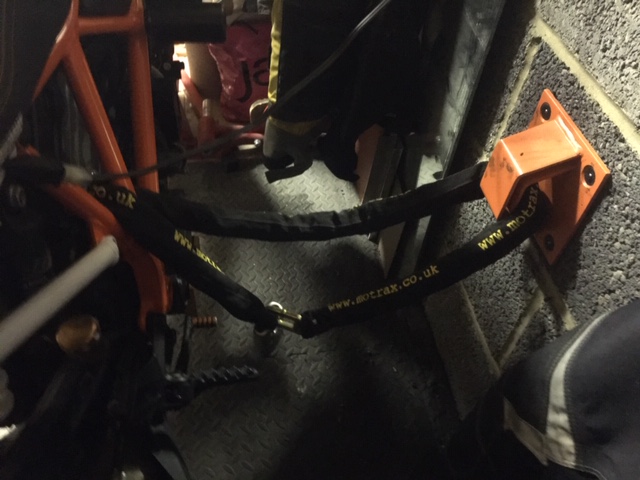 A week later, my wife came out of the dining room to tell me that she’d found a strange piece of plaster on the floor, from near our dining table. I went in to have a look, went to move the dining table out, and it wouldn’t budge?

I bent down to investigate, and the involuntary exclamation I then made was something upon the lines of “Oh bollocks.” 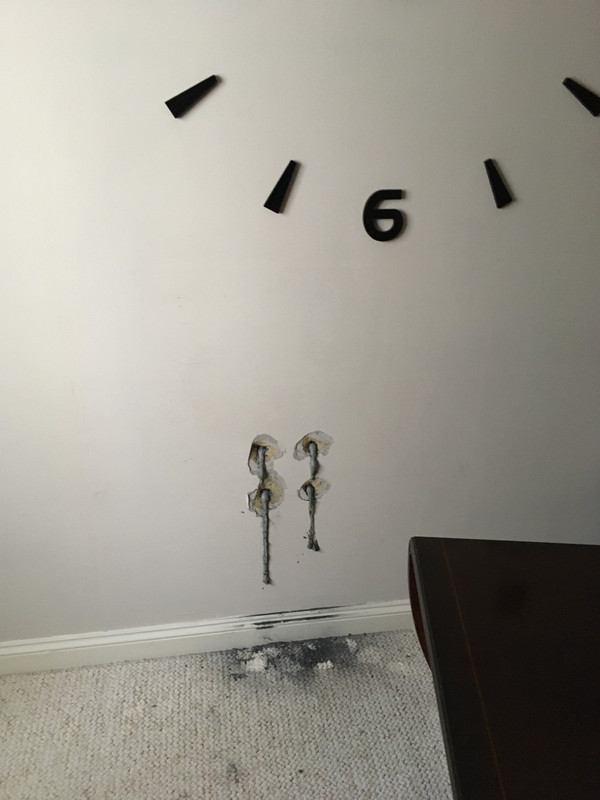 What I thought was a cavity in a 9” wall was, in fact, the drill coming through a 4” internal wall.

Compounded by the fact that I’d pumped in copious quantities of epoxy resin into the holes, one of which had dribbled down the wall enough to touch the metal foot of the table and weld it to the wall.

Firm application od a cold chisel and a club hammer later and I managed to free the table. 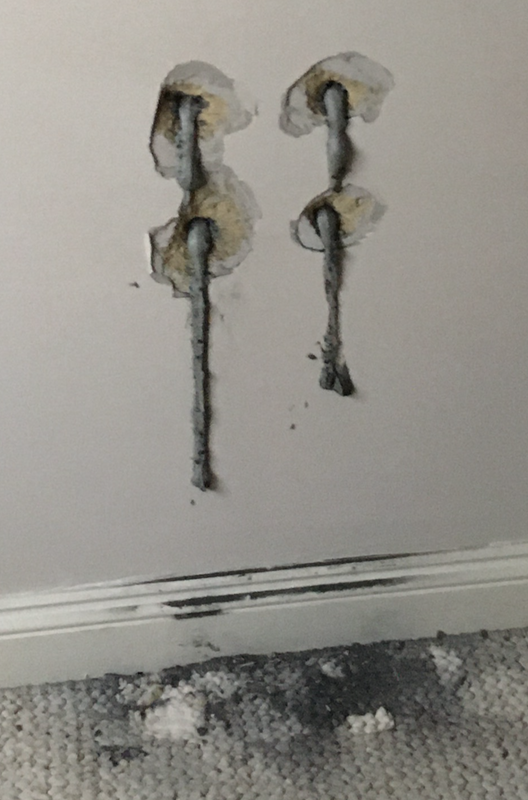 It took me three days to chisel off the rest, replaster that bit of wall and redecorate.

I’m not the most favourite person in our house at the moment.

Premier Member
#2
But the bike is safe, right? Silver linings.

Staff member
Premier Member
IBA Member
#4
Easy mistake to make Tom, when you're old and can't remember which way your house is from the garage

Premier Member
IBA Member
#5
Damn, that sucks... Driilling into/through walls was always my least favorite part of the eight years I spent installing satellite TV and Internet services. I also had the dubious honor of investigating damage claims against other techs where they drilled through some of the weirdest stuff. Water lines, electrical lines, GAS lines... You name it, they hit it... The weirdest one that I never could understand what the tech was thinking was when they drilled through the radiant heating in a bathroom floor. No idea what they were doing there. Unfortunately for all involved, it was a closed loop water system. That made quite the mess.

Premier Member
#6
JAORE said:
But the bike is safe, right? Silver linings.
Click to expand...
So is the table!

Staff member
Premier Member
IBR Finisher
#8
being in the trade its not the 1st time I've seen that happen...……...You are a true tradesman Tom