Premier Member
#1
The third in our audacious Seasons Rides was the Autumn Equinox on March 20th. Following the basic scheme of one ride in each available direction, this was meant to be a straight run to Newcastle followed by a return up the New England Highway. The logic was simply to do the potentially warmer ride near the coast, then go inland during daylight through regions well-known for cold night temps. We're saving a run inland for the final ride in mid-winter since it would likely be uncomfortable in summer.

This route was actually going to be the first in the series, but governments playing games with borders stymied that idea.

An uninspiring start photo taken around midnight after a failed attempt at getting some refreshing sleep. My ride bud, Steve was chirping as usual about his wonderful six hours of blissful slumber. 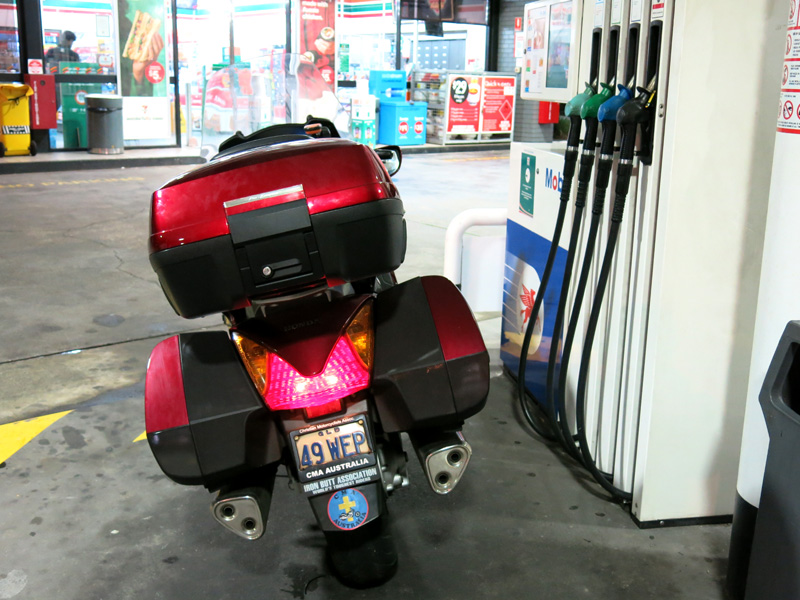 We well knew there would be rain somewhere along the way, but optimists to the watery end, we set off with only rain pants on. The Gold Coast laid a downpour on for us, and we were glad of an overpass to get the jackets on. This was right at the NSW border marker. 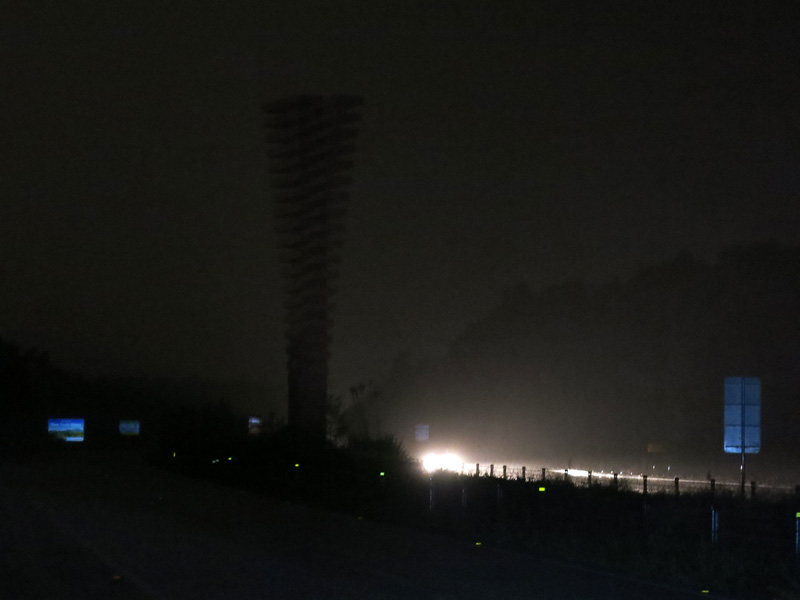 The rain let up for a sodden "dawn" photo. 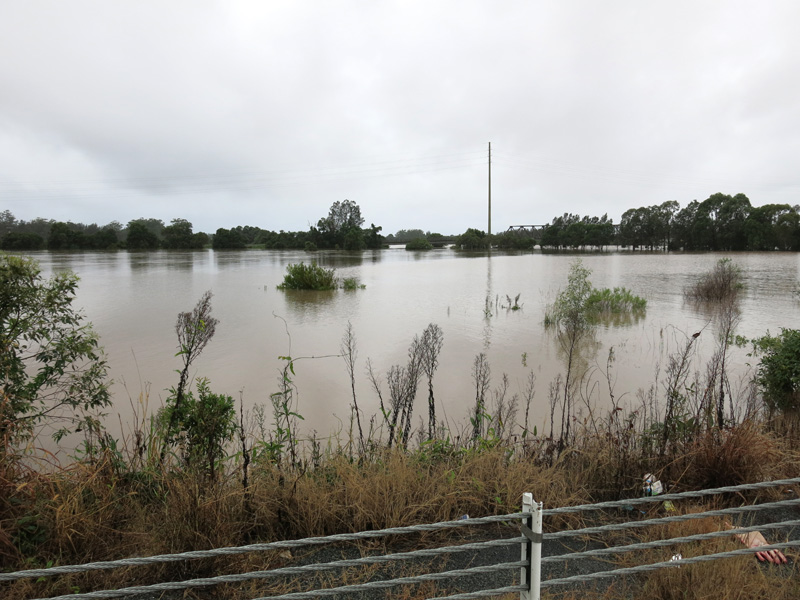 We also knew well before we left that there was flooding in northern NSW, but the new section of the highway bypassed all the river hamlets so we were confident we would be above the waterline. However, we didn't expect to see sush terrible scenes as these. After seeing several such distressing sights we were at the point of feeling guilty photographing people's misery. 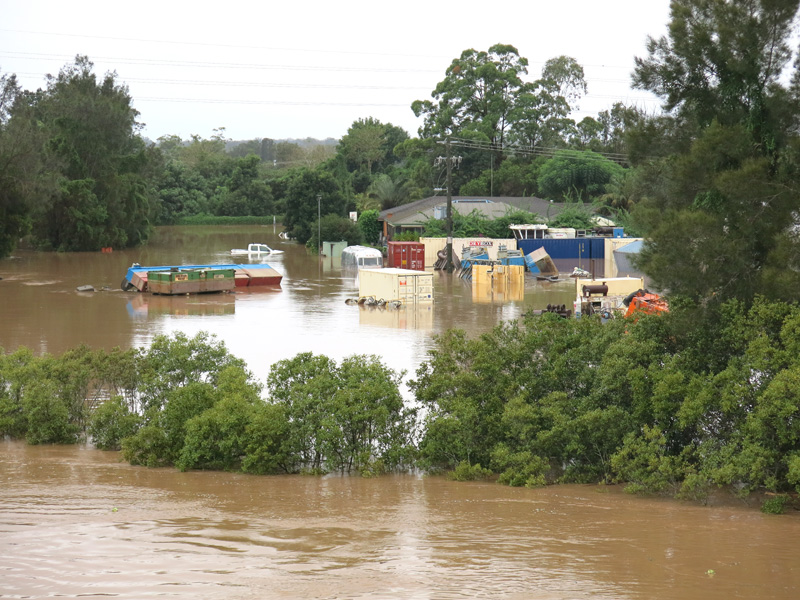 Eventually our clear run came to a wet ending. We rode past a couple of hundred metres of semis and caravans to behold this show-stopper just north of Taree. That median strip included a substantial waterlogged ditch that we weren't going to attempt, so we screwed up our courage and rode down to the guy defending the riverbank. He officiously waved us back so we did what we intended anyway and did a U-ey using his bit of wet bitumen. 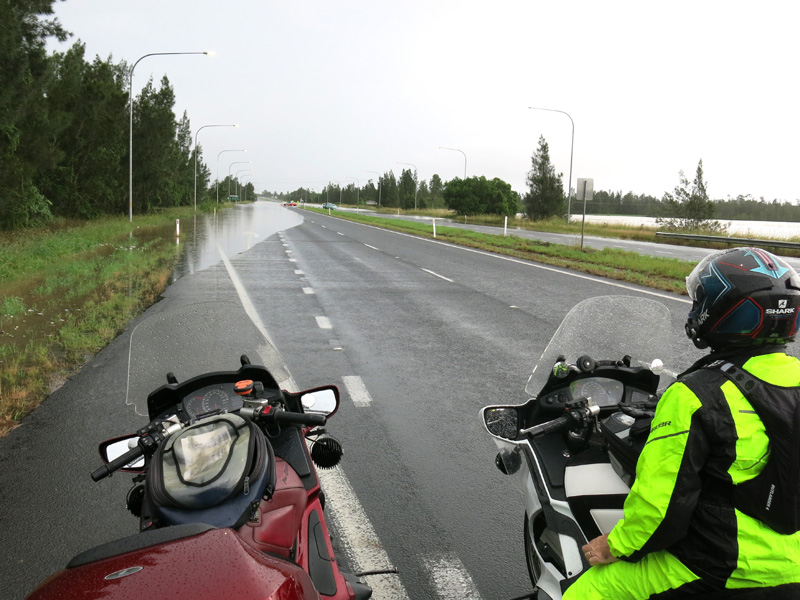 Not to be beaten, we set off to find the route west in the best tradition of Blaxland, Wentworth and Lawson (they used to teach us about them in Primary school- I believe they've been replaced by strategies to determine your gender identity). (It was 1813, if you older riders slept through that history lesson.) Heading north, the exit at Port Macquarie declared the Oxley to be closed. I've recently seen an aerial shot of the landslip and it only took out the guardrail- there was plenty of road we could have used...

On the way south we had noticed a sign near Urunga declaring the Waterfall Way was closed due to a landslide. However, northbound we saw no such sign, so decided the problem must have been solved and headed inland to Bellingen. Just west of the town there were two "officials" guarding a roadblock. When we asked why there wasn't a sign on the highway they assured us there was and we assured them there was none northbound.

So we headed up to Grafton where we decided to have a snack before taking on the Gibraltar Range. A couple of Maggies came begging scraps and we were obliged to share. 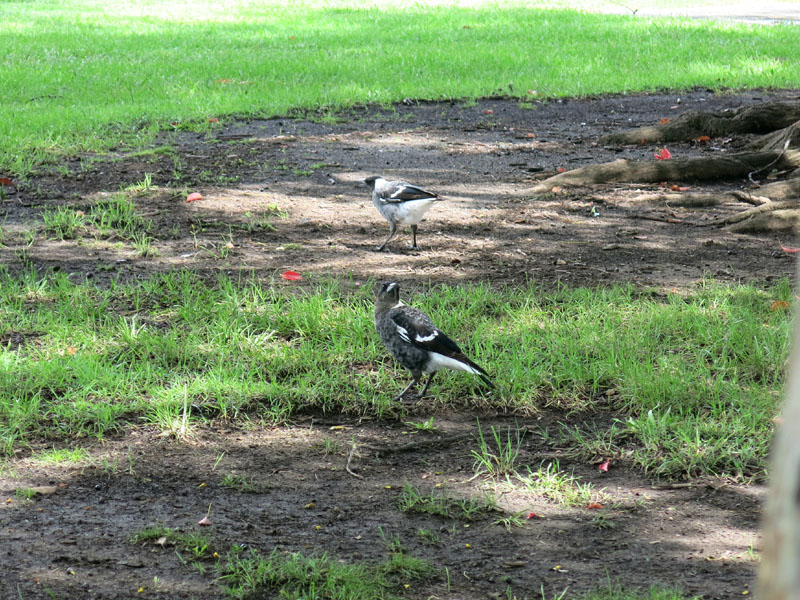 In Glen Innes I did a calculation and saw we needed 400 kays to qualify, so we were Westard Ho to Inverell, thence Texas for a "corner docket" and Inglewood. Still not enough kays! So it was northwards to Millmerran and the Toowoomba By-Pass to stretch the kilometres out. Around Pittsworth there was a nice sunset shot opportunity. 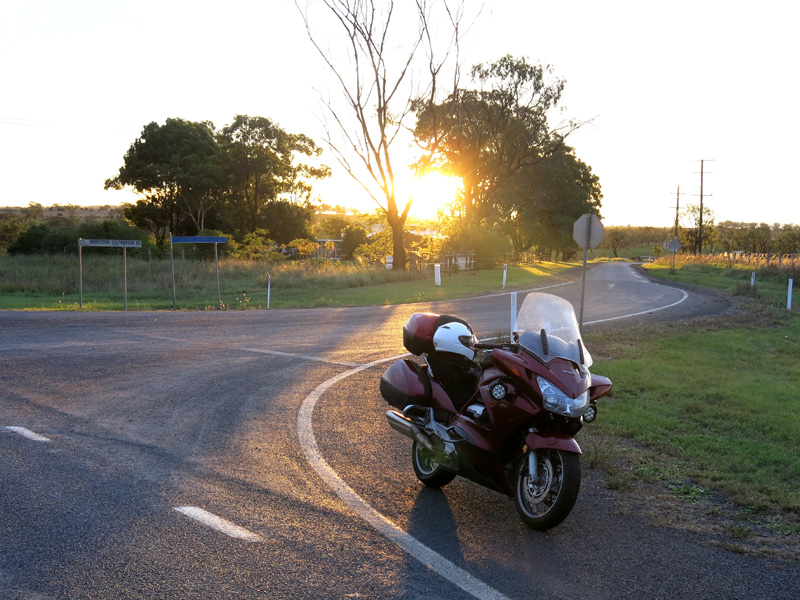 Arriving home we didn't have a lot of excess distance- I usually like a bigger buffer in case of challenges about "shortcuts" but the IBA have recognised the ride with the certificate somewhere between Florida and Auckland. 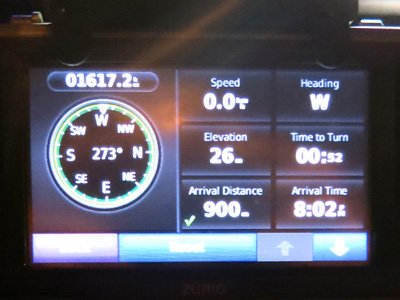 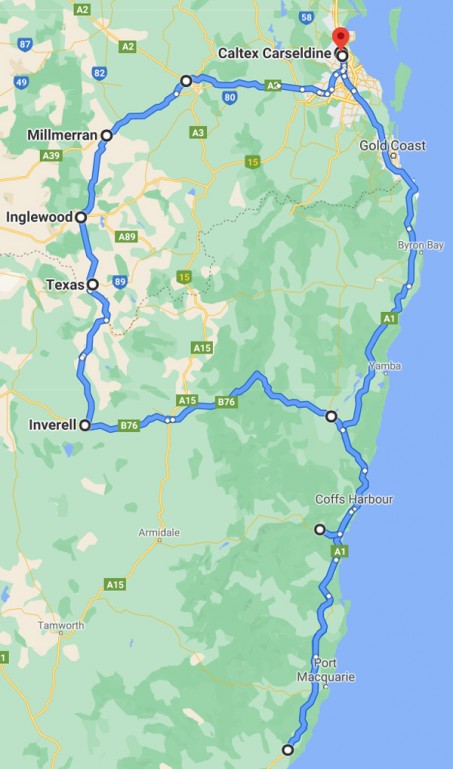 #2
As I said elsewhere. Very well done under trying conditions.

#3
Well done Bill, thanks for the ride report

Great to see your routing on the fly resulting in such excellent roads!

Premier Member
#5
The ability to change the plan on the road, in mid "flight", and still achieve an outcome, is way better than the current PM and his vaccine rollout.

Premier Member
#6
I love these kinds of rides, modify the plan as needed often leads to a more interesting outcome! Nice work!

You even managed to slip in a gender identity program reference in there! See what spontaneity produces?

#8
Very nice, kudos to you both for creativity and perseverance!

Premier Member
#10
Great ride and read Boggles. Some challenging conditions, so much water with clear thinking and analytical skills to bring it all together, well done!

Premier Member
#11
If anyone was wondering what an Autumn Equinox SS1600 certificate looks like, here 'tis: 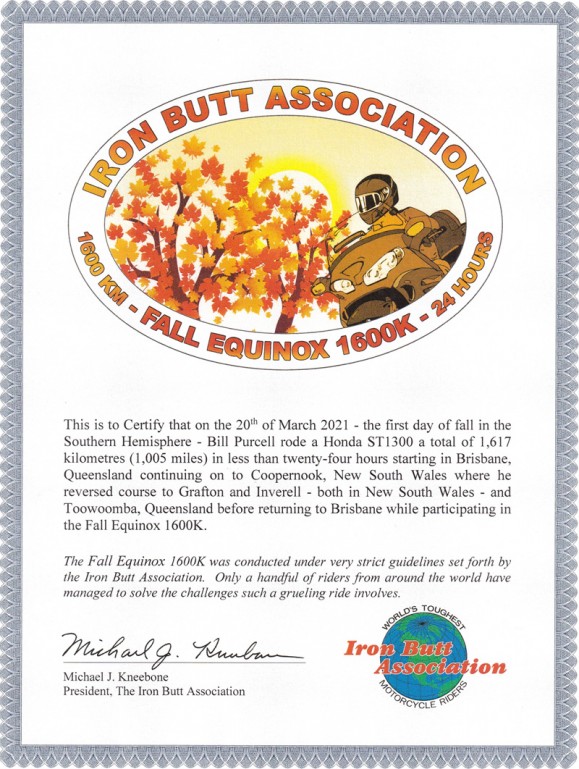 Premier Member
#12
An excellent addition to your collection Bill !!

I have been just too lazy to get off my Butt to do these rides. I’ll have to rethink my laziness now.

I have been just too lazy to get off my Butt to do these rides. I’ll have to rethink my laziness now.

Well done and congratulation.
Click to expand...
I laughed when I read your comment Skidoo ....... just thinking that we have Iron Butt rides, and a Dusty Butt category .... just wondering what the requirements would be for the Lazy Butt ride ?

IBA Member
#18
Well done and thanks for posting some tarmac I'm familar with the Pacific Highway Sydney to Gold Coast, we couldn't go any further due to the NSW restriction on our insurance.

Premier Member
IBA Member
#19
JohnR said:
Well done and thanks for posting some tarmac I'm familar with the Pacific Highway Sydney to Gold Coast, we couldn't go any further due to the NSW restriction on our insurance.
Click to expand...
Your insurance does not allow you to ride to any state in the country?