Premier Member
#1
A mate and I needed to be in Mt Isa last month, and decided to make it a SS1600. At the stroke of midnight we met up in Aspley for our departure. We knew it would be chilly west of Brisbane, and were suitably ensconced in multiple layers with Little Hotties on the toes.
We were going great guns until we caught up with a house at Dinmore. It was moving quite well- near the speed limit, but we were grateful to see it take the Fernvale exit off the Warrego Highway. We couldn't believe it when forward progress was again arrested at Haigslea by another wide load, this time some sort of girders, again with an uncompromising Police escort. Fortunately the highway opened up to four lanes after a while and we could resume our accustomed pace.

It got down to 5 degrees around Toowoomba, but rose to an acceptable 11 degrees for the rest of the night. A refuel and Maccas Muffin in Roma fortified us for the long day ahead. Travelling with another rider makes stopping for photos less practical, but this enforced stop gave me a chance to get the camera out. There have been a few of these pix in recent times, but this is the first I've seen with a countdown. Those are minutes, and there are nine of them! 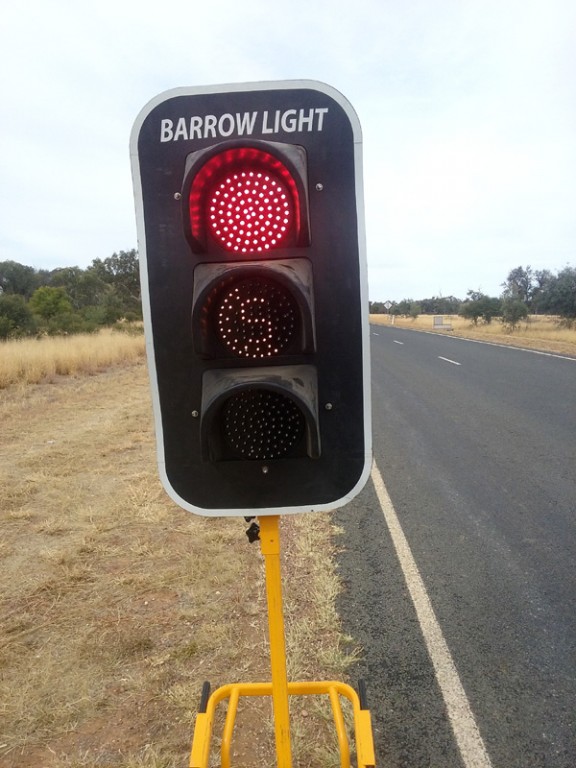 I've never been this far west and was astonished to see the 747 right there next to the highway, so a stop was mandated. 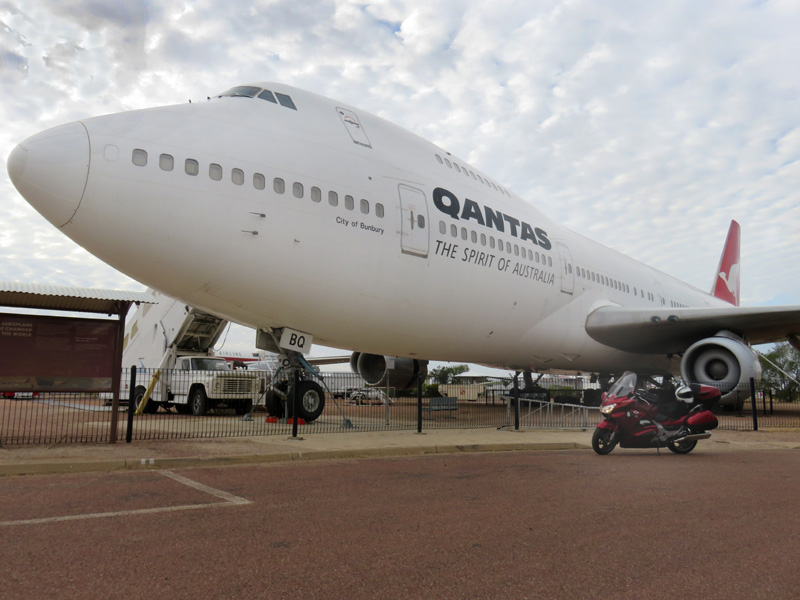 We had comms via our Senas, and I insisted we get this shot, so distinctive was the geology here. 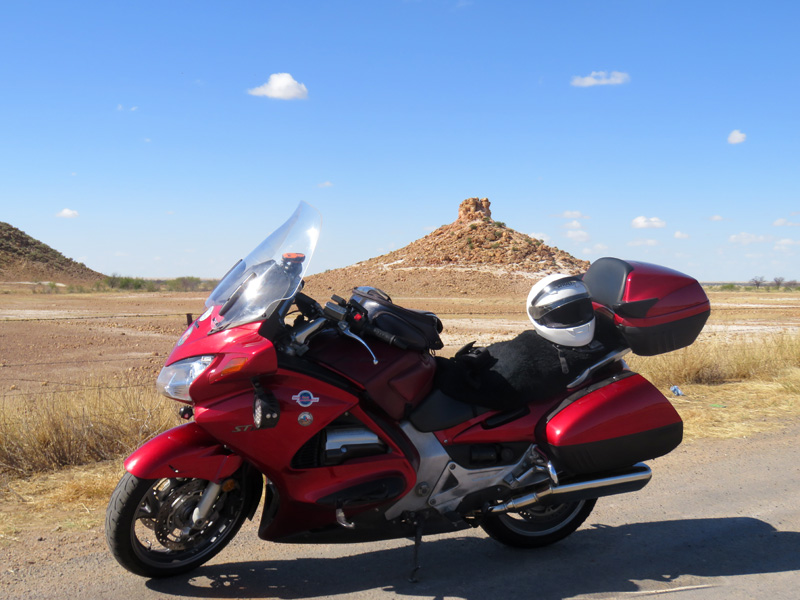 Sundown saw the need to put the layers back on and have a snack. 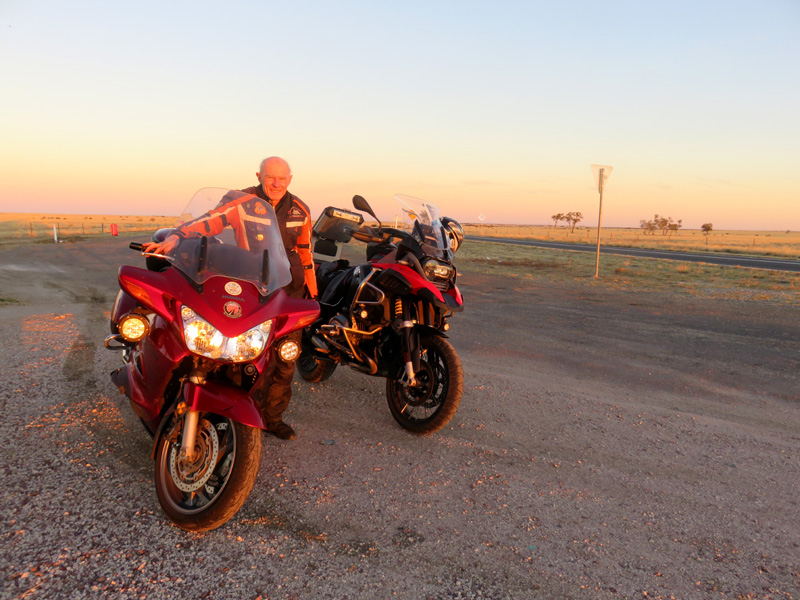 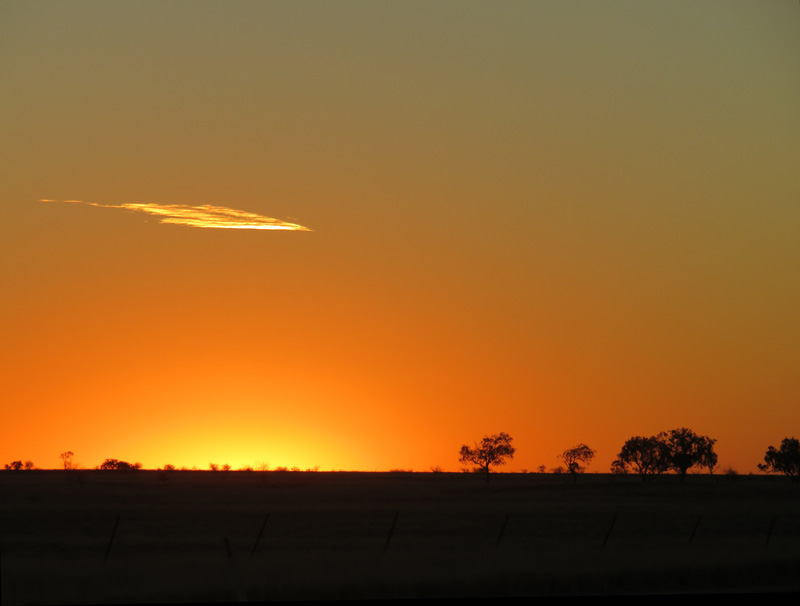 I was experimenting with a "Roo Reverser" (a car reversing horn) and was pleased to observe most of the little roos bounding away from me. The stretch from Cloncurry to Isa had me most worried and the concern turned out to be justified. Although we didn't see many roos there, three big ones bounded across my bow in formation. Whether the "reversing horn" modified their behaviour is a moot point, but I did need to throw out the anchors. My mate's wry comment was, "I bet that woke you up!" He wasn't far wrong, because although we'd grabbed a powernap at Ilfracombe, I was feeling pretty seedy by then. It was only about 20 kays to Mt Isa, and I was quite happy to head for bed. 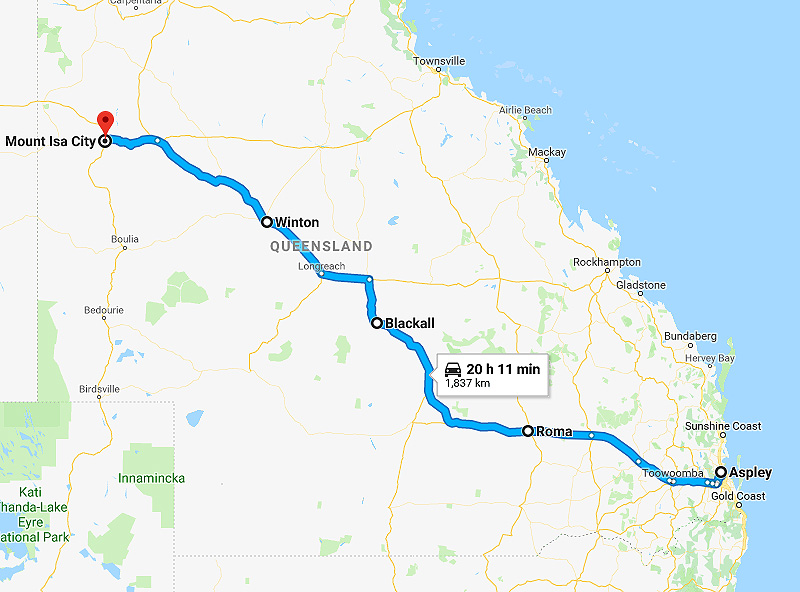 The certificate arrived today, hence the report is being published: 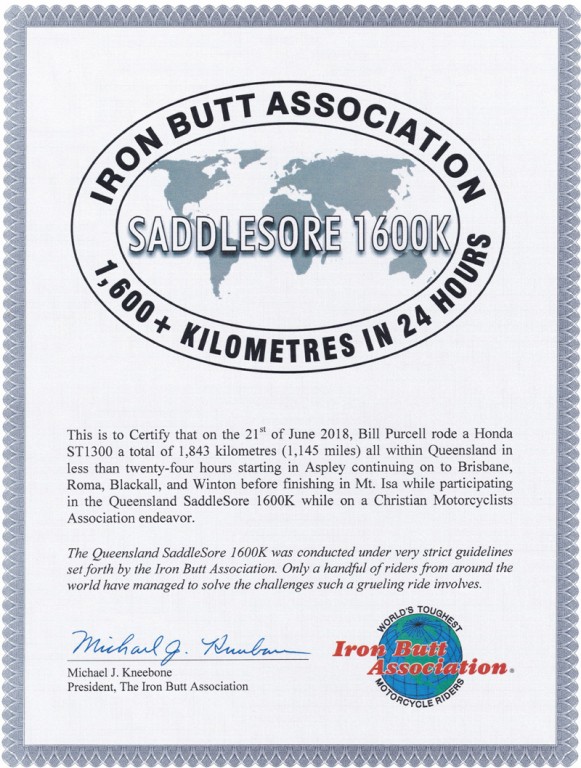 Premier Member
#6
Well done, Biggles. Good open country for a 1600 out that way.

#9
A good result for the two of you Bill. Very well done.

#10
Congrats to both of you Biggles, well done.

Good to see the RooTED kept some bouncing rats at bay..