Premier Member
#1
The IBA put out a challenge for a ride on the Spring Equinox (Autumn in USA). It had to include at least a part of the day, Tuesday 22nd September. Being a bit OCD, I wanted it to be entirely inside that 24 hours. I also wanted to pick up the FarTreasure and visit a new (to me) town out west. To facilitate photos of the FT grab I planned to be there at daybreak, which also minimised the time we'd be in roo territory in the dark. So a 3:00am departure was the ideal time.

I set the alarm for 2:15 and was jerked awake by Mrs Biggles asking, "What was the time you are getting up, since it's now 3:15?" By 3:35 I had dressed, had breakfast, polished the pearlies, grabbed my mini esky, pushed the bike out, kissed the Bride and was at the servo apologising profusely to ride mate, Steve, for being late.

We made good time using the Toowoomba Bypass. You can read about the FarTreasure pick-up elsewhere. Our first refuel was in Goondiwindi. From there the most direct route according to Google Maps includes about 8.9km of gravel which I don't like traversing if it can be avoided, hence the extra 31km via Goondiwindi. The next fuel stop was to be St George, but our route through town didn't include a servo, and we had fuel for Bollon. That was a bit of a punt based on the assumption that a 294 leg between bigger towns would have to include a fuel supply. The rural supply store in Bollon happened to have to sole petrol bowser in town- a nicely averaged choice at 95RON. It is a pretty basic system involving the very nice lady coming out and writing down the figures. 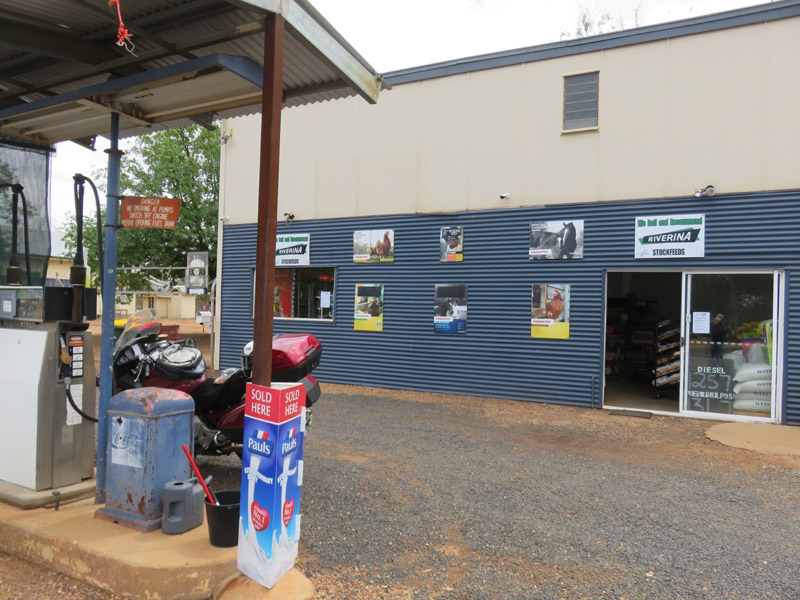 I'd heard about Slim Dusty's Cunnamulla Fella sculpture, and can now say I've seen it. 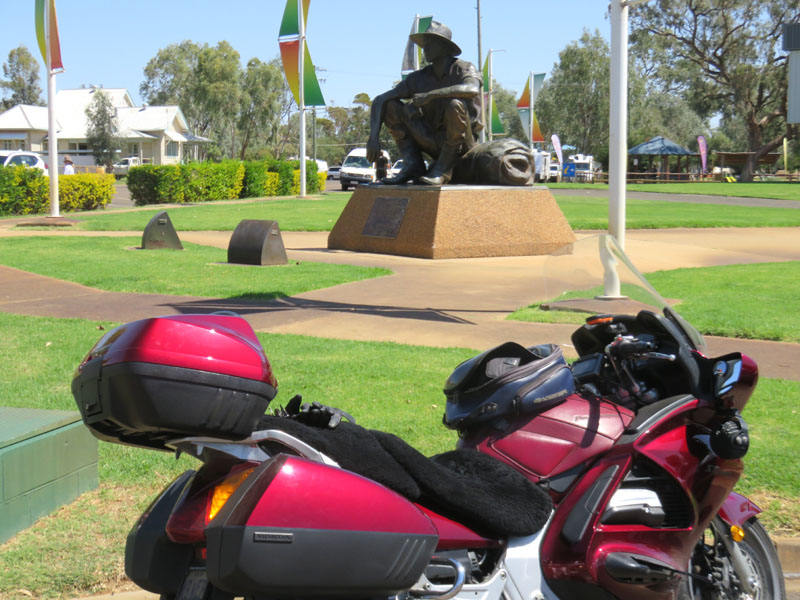 A few weeks ago my wife and I did a loop through the west in the tintop and while in Charleville I read about the Angelella Creek Bridge Explosion. So that was the next stop for photos. The posed shot is of some of the cast iron piers that supported the railway bridge from 1897 until it was destroyed in 2014 when a truck carrying 53 tonnes of ammonium nitrate crashed and caught fire, leading to an explosion heard 30km away in Charleville. Of course, the road bridge was also demolished as were two fire engines and a badly damaged a police car 200m away. 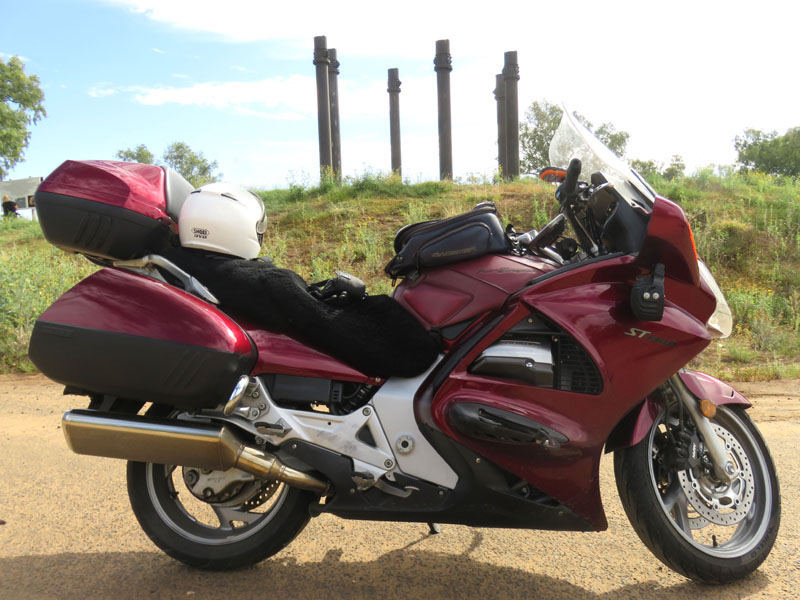 Around Yuleba the sun was setting, and I caught several glimpses of the following bike at the top of a crest silhouetted against the sunset. Since that photo was too hard to set up I settled for a quick shot over the shoulder from a brief stop (we had passed a triple trailer no long before this, as is often the case). 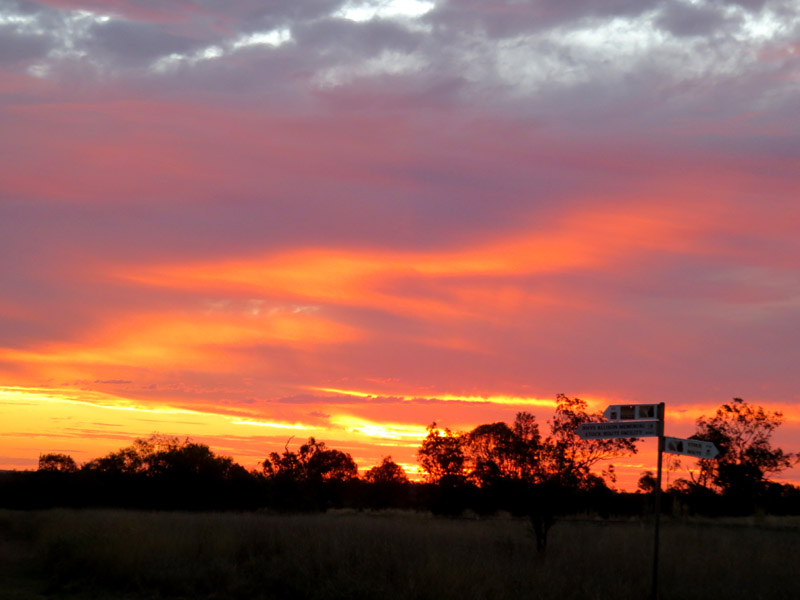 As it became apparent we were cutting it a bit fine getting an end docket inside the designated day, I pulled into a servo in the suburb before our departure point. I figured Murphy operates 24/7 and if I tried for our starting point there was bound to be a tanker on the forecourt or other impediment to completion. 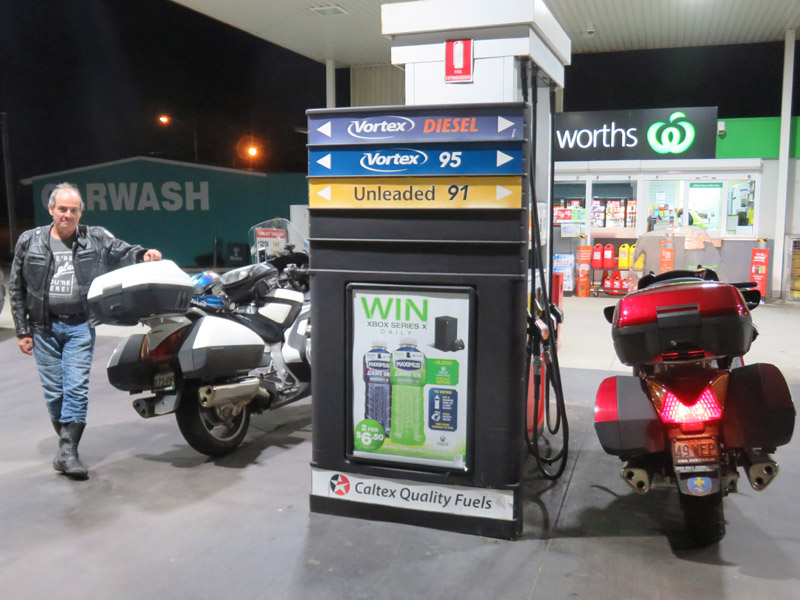 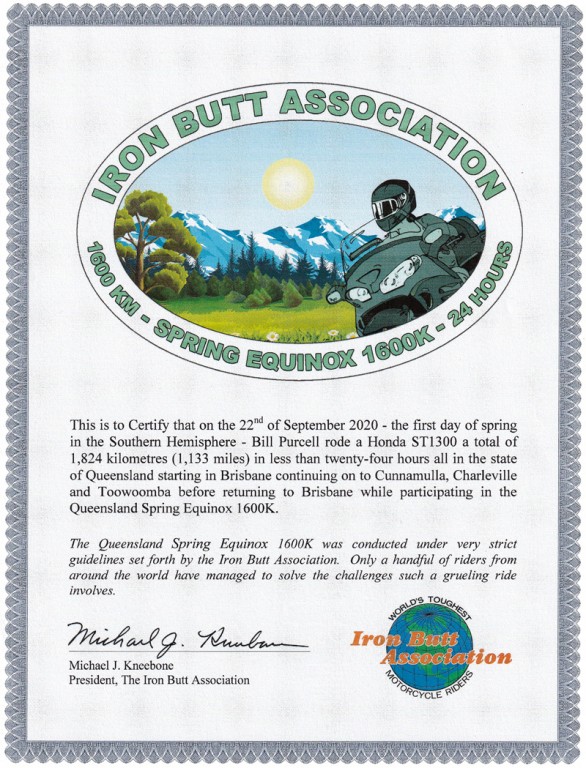 #2
Nicely done Bill, thank you for sharing your ride

Premier Member
#3
A real spring in your step with that ride Biggles! Well done once again.

Premier Member
#4
Well done Bill. I used a similar route years ago. It's a good run.
Started at Goondi, out to Cunnamulla, then added Augathella to your route, as I the turnaround point was Toowoomba.
Actually TD passed it to me.

That is a good route, efficient km crunching.

#6
Bill, a great certificate for an equally great ride. Cheers.