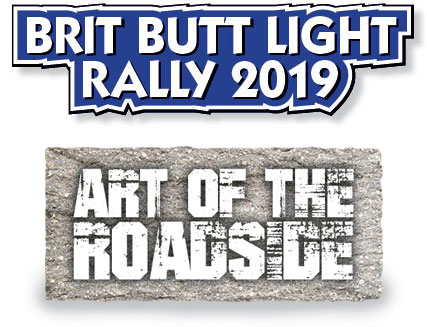 52 bonus locations available throughout the UK and plenty of combos to get stuck into.
52650 points maximum, but you wont have time or miles to visit everywhere to score that, but how well will you do...?

More information and the link to the entry form is available here: Brit Butt Light Rally 2019

If you have any queries please ask here, Facebook or email me at: [email protected]

IBA Member
#4
Hi Lee
Im in. All booked and paid for.

Premier Member
#6
Me also Did it earlier today.

IBA Member
#7
Sean said:
Me also Did it earlier today.
Click to expand...
Indeed No5 Thanks Sean

Premier Member
#8
Any one sourced any hotels?
Lee, need starting location so can look at hotels?

Premier Member
IBA Member
#9
Lee sent an email with hotel suggestions, all look posh except for the Premier Inn....this one:

IBA Member
#11
Kim Leeson said:
Just forwarded his email to you Graeme
Click to expand...
Oi, he has to enter to get that email LOL

Premier Member
IBA Member
#12
WTF...why is he worried about hotels if he hasn't even signed up yet!!! sorry

Premier Member
#14
i book hotel now can cancel later, need to check time off at work and sally time off want to stop Friday and Sat then i will do entry
so its a cloak and dagger rally lol
and as a PS did offer our service to help before entering now your making me enter

IBA Member
#16
I'm in. Waiting on the list of hotels now; where has anyone booked? Assuming hotels have actually been booked at this point.

IBA Member
#18
As I'm a dedicated Accor Hotels user, I may go for the Mercure, a mile or so to the south of the town centre. It's coming in a little cheaper than the Five Rise Locks. For those who want to keep costs down, there's an Ibis in Shipley, about three miles from Bingley, that's £100 for one person for two nights, including breakfast; or about seven miles out, there's an Ibis Budget in Bradford where two nights is a bargain £57, including breakfast. I've never stayed in an Ibis Budget, so caveat emptor.

Premier Member
#19
I have booked, looking for a trip to GB.
Hopefully see some of you on the Dambusters