Premier Member
#1
I am looking for a recommendation for a bulkhead fitting.

Premier Member
IBR Finisher
#2
spearman said:
I am looking for a recommendation for a bulkhead fitting.

Thanks
Click to expand...
I mounted a Langford tank on my 2016 RT and drilled a hole in the tank for a bulkhead fitting. It is a very tight spot and no room for error. See photo below.

Some who did this method did not have good results but most of of us did and I did the same thin on my FJR when I installed the aux tank . Here is a link to a long thread here on the IBA forum. there is a lot more information out there on the web also regarding this way of tapping into the vent line for your aux tank. 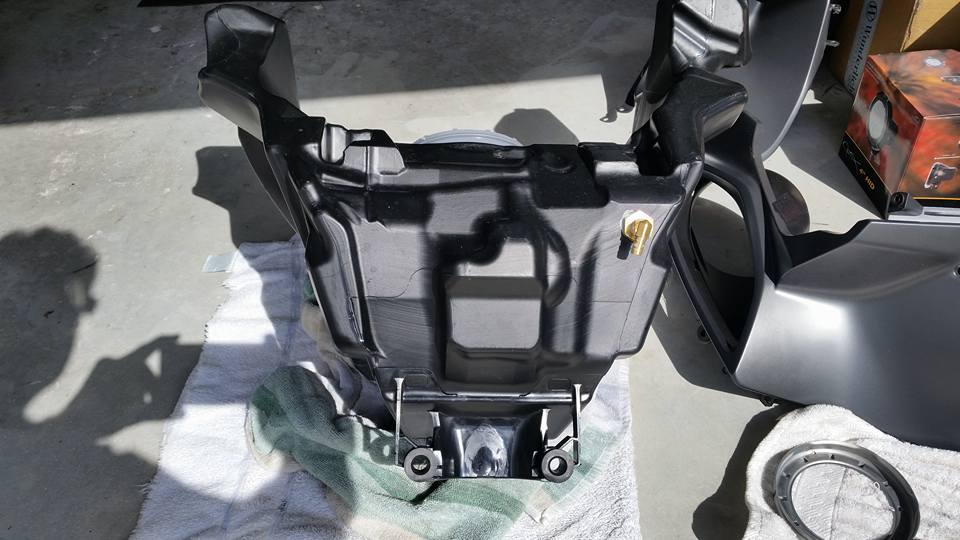 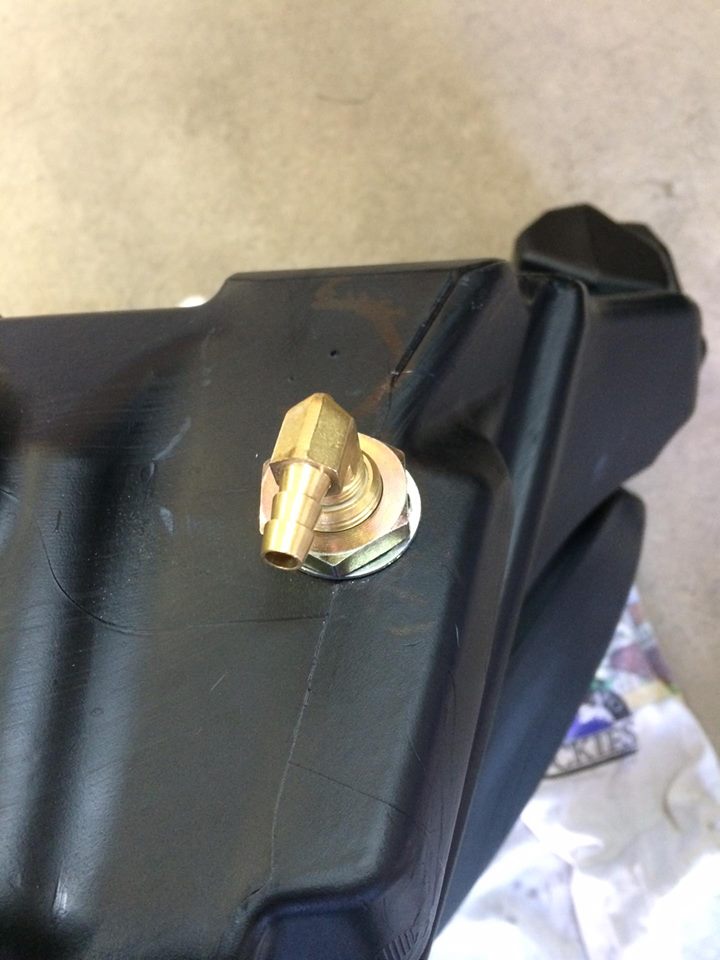 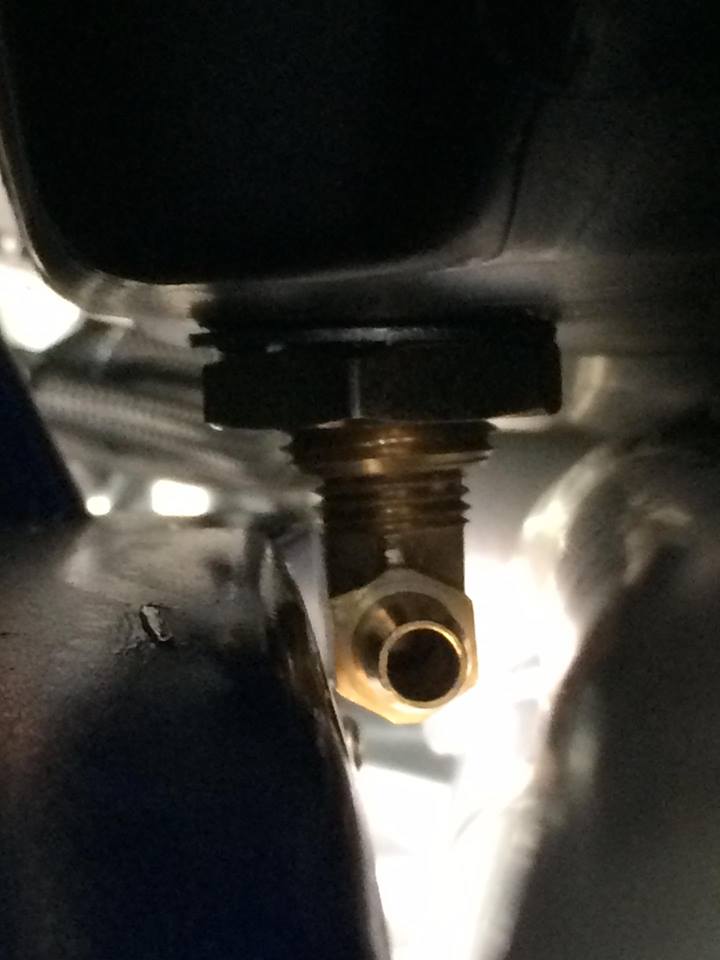 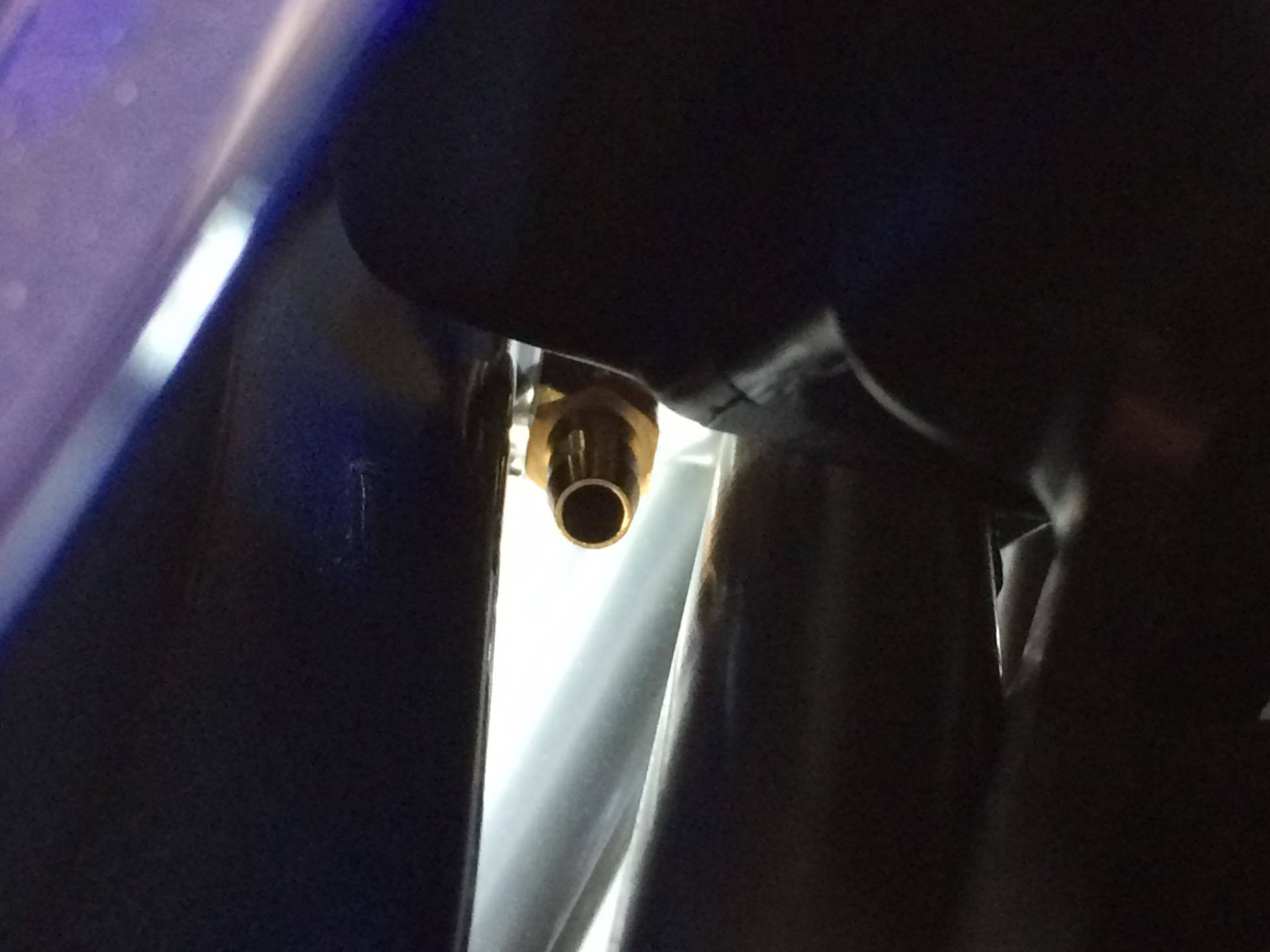 Premier Member
#4
Greg Rice said:
I mounted a Langford tank on my 2016 RT
Click to expand...
Greg, Thank you for the information! I am going to take another look at tapping the vent.

#5
Another vote for using the vent line.
Greg tested it and a number of us FJR riders followed.

Premier Member
IBR Finisher
#6
I used a far better method when I installed my fuel cell.

It was called the "JAFO method" AKA, I didn't do the work - I helped by standing out of the way visiting with Voni a lot.

I was Just Another Friggin Observer - staying out of good friend Paul Glaves' way while he did a ton of work on my RT prior to the '11 IBR.

Thanks again Paul and Voni for your generous hospitality and all your help in getting me to the IBR finish.

Premier Member
IBR Finisher
#7
spearman said:
I am looking for a recommendation for a bulkhead fitting.

Premier Member
#8
Vent line is the way to go over drilling the tank. I have done it on my fjr and my previous 1200gs with no issues.

Premier Member
#9
With northern hemisphere winter in full swing, I am installing my aux fuel cell.

I have decided to go with the bulkhead fitting. The vent hole in the gas cap appears to be too small to pull gas from the aux cell. I did not measure it, but it is about the diameter of a paper clip. A bulkhead fitting may be easier to install and operate than enlarging the vent hole.

Thanks for the discussion.

Premier Member
IBR Finisher
#10
Tom did you only look at the pin hole vent in the cap?

I think this discussion is not about the cap, but using the vent line/hose/pipe whatever you may call it, the rubber tube that vents the tank. On many bikes it is one of two similar looking tubes (along with its twin the overflow tube) that often meander their way from the tank downward toward the underbelly of the bike.

These tubes tend to be about 4mm to 6mm internal diameter making them adequate for the job.

Premier Member
IBR Finisher
#11
These tubes tend to be about 4mm to 6mm internal diameter making them adequate for the job.
Click to expand...
adequate is not optimal.

I've only used the vent tube technique on two bikes. One was a BMW F800GT that had the tank under the seat. The other was the Yamaha TMax scooter that had the tank even lower down between my knees. Both of those had gravity well and truly assisting the fuel pump as it sucked.

Of all of the bikes I put aux fuel cells on the only one I had to put my lips on the aux cell filler spout and blow was my bulkhead-plumbed FJR1300 on a scorching outback day.

Premier Member
IBR Finisher
#13
I too have had to put lips to a fuel cell on the FJR with a Tanji cell that still had the check valves in the vent lines. That was a good idea that didn't really work too well in real world use, imho. The check valves would get stuck, or if they had gas on top of them, wouldn't vent, causing the flow issues.

The aux tank I installed on a F800GS with the tank under the seat and aux above the passenger seat was easy. Vent line??? Why on earth did you do that, for that bike. It had a vent line hole on top of the tank on a plate for the charcoal canister on the Califormia bikes, and I would imagine the rest of the world bikes had that same plate. I fabbed an aluminum one, deleted the charcoal canister and added two fittings, one for main tank vent and one for aux fuel line in. Super easy, no altering of the OEM tank. Gravity is a law.

I'm not saying vent line method won't function. I'm saying it's not the best method. I have stronger opinions about it, but will leave it at that today.

Premier Member
#14
My concern is the pressure drop using the vent line will over work the fuel pump. Englarging the vent connection the vent connector and tubing will be more work and less reliable than the bulkhead method. Thanks for the discussion, it helped me think it through.
Last edited: Jan 25, 2021

Premier Member
IBR Finisher
#15
EricV said:
. Vent line??? Why on earth did you do that, for that bike. ..
Click to expand...
Eric I did that for that bike because it required no mods, no fabrication, cost zero, the plumbing took less than 5 minutes to do and it worked.

I used the vent hose/line/tube with the red arrow in the pic below (not my bike, but similar). I pulled off that hose and left it sitting there unattached, fitted the outlet hose from the aux in its place with a simple pipe clamp and bolted on the aux tank.

Premier Member
IBR Finisher
#16
That's a great pic of the non charcoal canister version. Pretty much the same as the GS I did. I just didn't see the point in fussing with little lines and made an aluminum plate with an o-ring seal and drilled/tapped it for fittings to the aux. It was only a little more work than your hose clamp. As handy as you are, and as many fuel cell set ups as you have done, I'm just surprised you didn't go a little farther and do it right. Easiest aux tank I've ever done. The mounting for the tank itself was more work.

Premier Member
IBR Finisher
#17
EricV said:
..... I'm just surprised you didn't go a little farther and do it right...
Click to expand...
It worked all right for the 100 hours I needed