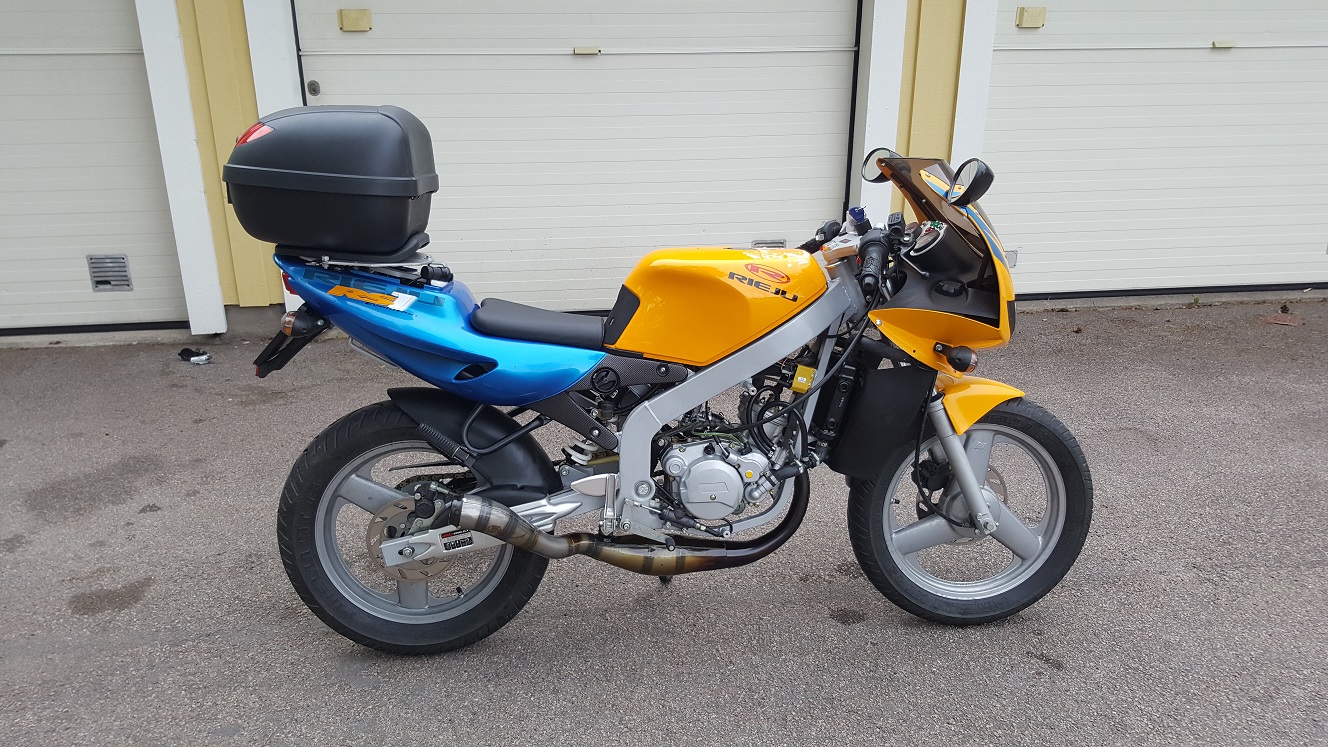 Wasn't they called "ekonomobile" or even something leaning on the word "egg" back in the eighties? Eggties?
Oefonobike? Eggomobile?
Anyway, I rememeber those when they first was launched. Extremly effective, and a 15 hp 125cc will do a great job under the hood of such a... ...machine.

We hope to see at least one BMW C1 on the starting line in august.
I dont know if there is a general ban issued on covered bikes in terms of IBA-rides, but compared to the french 20hp "motorcycle cars" I'd personally rather see a Peraves doing the distance and getting the diploma, than a four wheeled car posing off as a motorcycle just through a glitch in the registration system. In Sweden these French micro cars with max 20hp are indeed registred as "motorcycles".
"The worlds thoughest drivers"?

Well, sitting crammed up in a fibreglass box for a full day and a full night, inhaling the plastic fumes and trying to ignor the screaming diesel in the back seat shure calls for "though", but it is still far from our kind of though.

Something for you, Daniel?

#49
They are called eco*
Nearby is a similar version. That particular bike pushed the 50cc (!) FIA record to 225kph - already in 1965. Unfortunately not for sale. 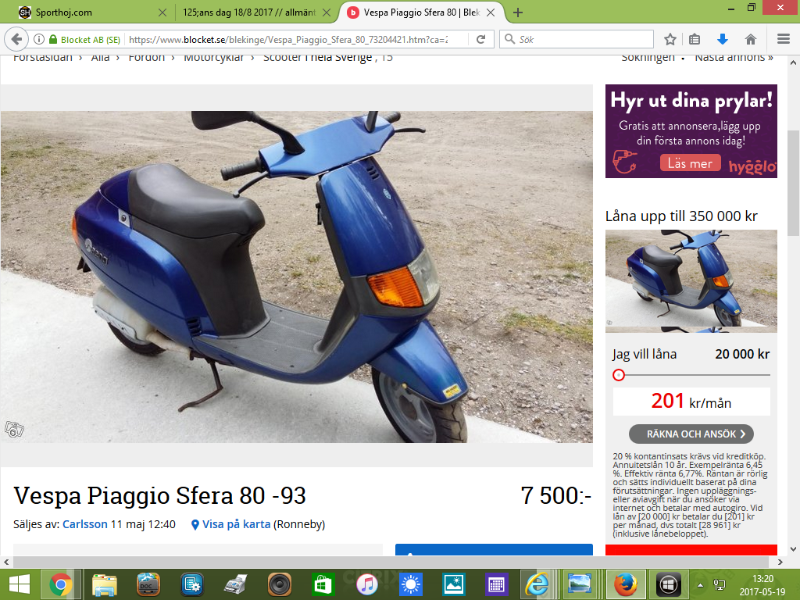 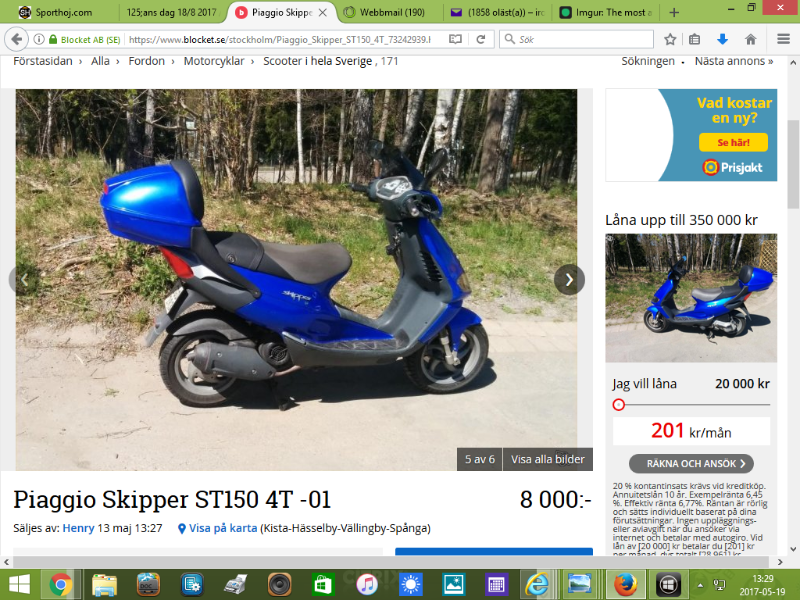 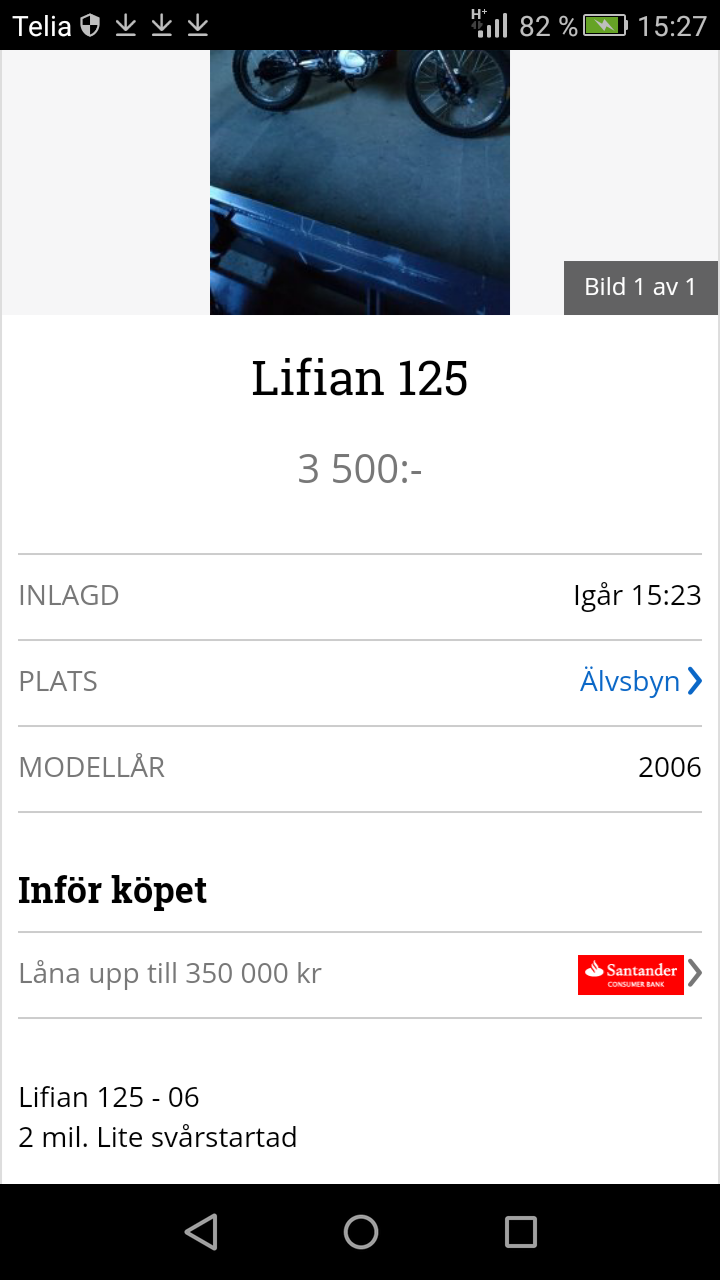 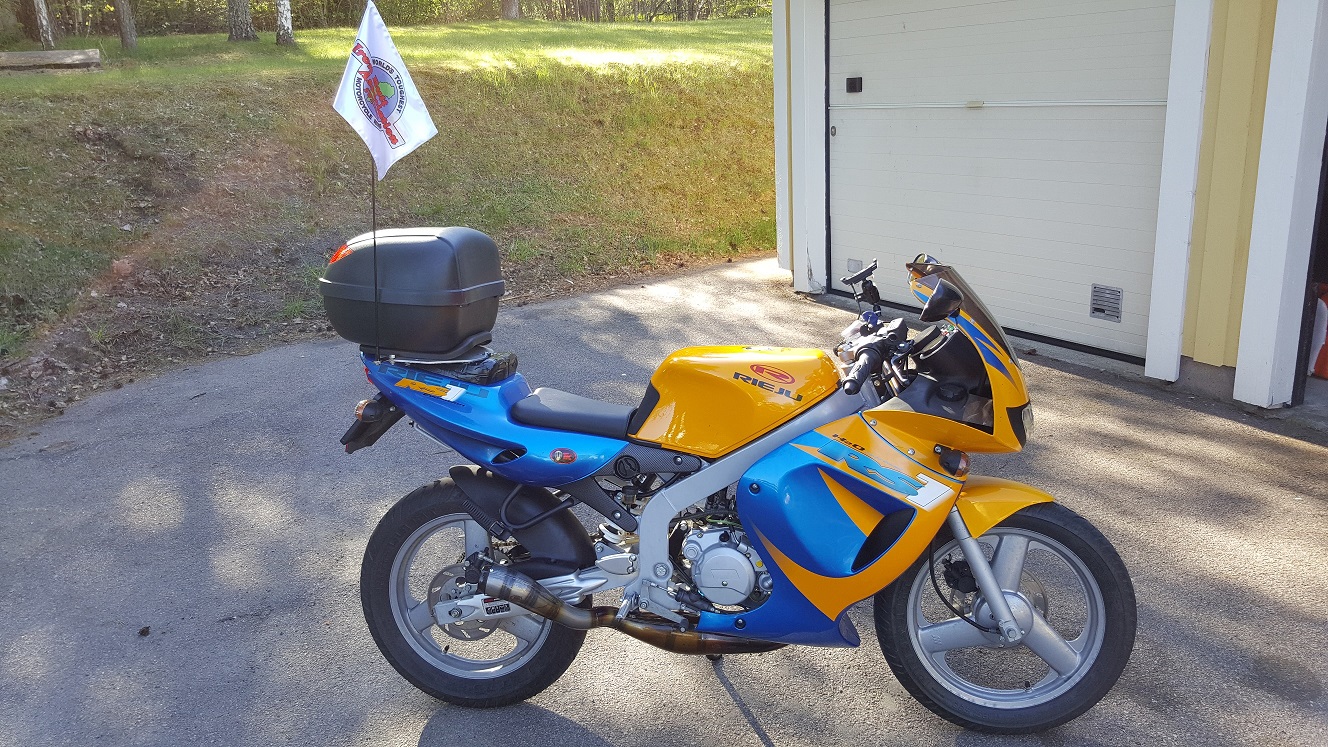 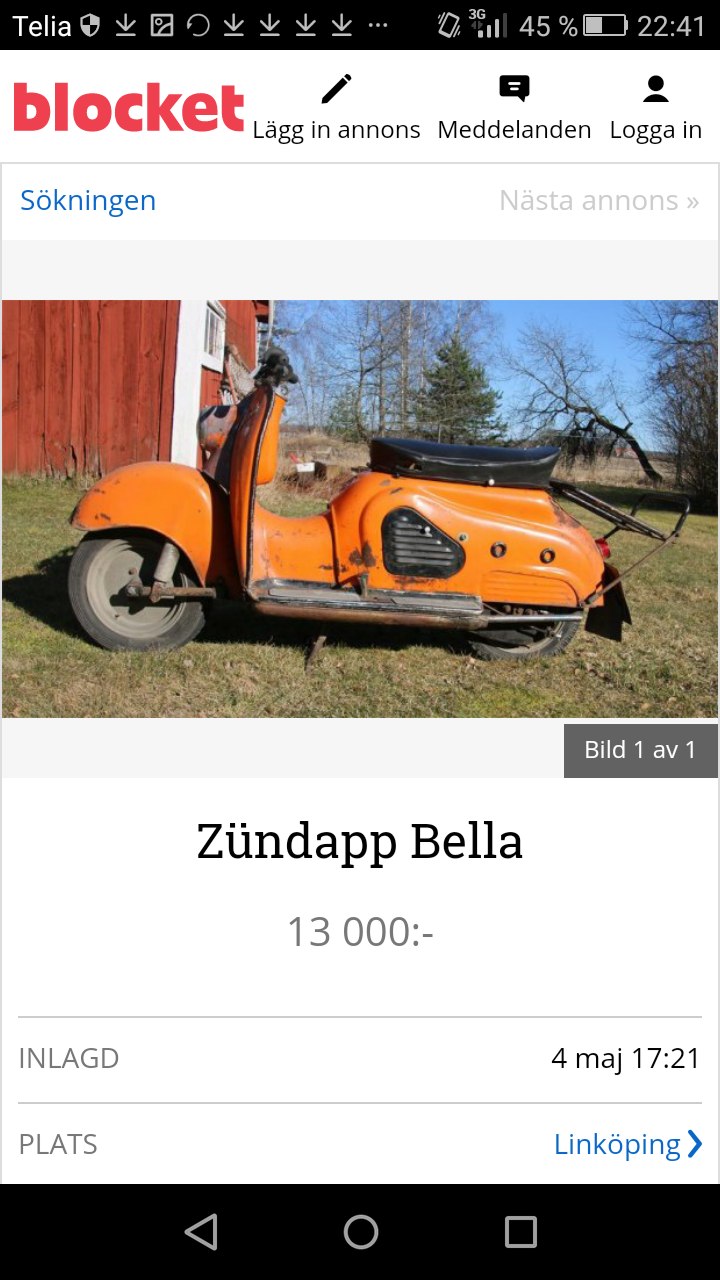 #53
Bella R 154 with 5.1kW and 75km/h top speed. Not much time for a rest, traffic jam and failures.
Is a 50cc Moped street legal for Swedish highways? Denmark?
(Germany not, unfortunately. And with the small insurance plate everyone can see it.)

Staff member
Premier Member
IBA Member
#54
ts1 said:
Bella R 154 with 5.1kW and 75km/h top speed. Not much time for a rest, traffic jam and failures.
Click to expand...
...and, as I recall from the past; an awfull resonance where much of the bodywork acts as a true sound box. The first impression when you heard one was never "motorcycle". It was more like "moving sawmill" and "where can I hide?"

Yes, this ride IS a challenge. This is why we have upped it to Gold status, and only accept entries from registred members who at least have done their first 24-hour ride.

...and, an old two stroke can be tuned!
There is plenty of metal to be shaved off inside the intake, inside the cylinder, off the pistons. There are modern carburettors on Ebay and Electronic ignitions as well. There are some really angry classic Lambrettas roaming the cities these days, with stinger-like pipes sticking out at the back.

Reliability? Well, that's the fine part: tuning for sustained and steady speed, along with reliabilty. Where can one read about that...? Who can you ask? Unchartered waters, as almost every tuner hunts down maximum power, rather than reliabilty.

Still, should be possible to finish the ride on a Bella scooter - if one chooses to go down that path...

Is a 50cc Moped street legal for Swedish highways? Denmark?
(Germany not, unfortunately. And with the small insurance plate everyone can see it.)
Click to expand...
No, not mopeds.
Sweden actually has 3 kinds of mopeds floating around:

Classic 1ps 30km/h
Mopeds that has been around since the dawn if time. No plates. Nowadays a quick test is needed. Just in writing, no riding.

Mopeds class 1
Modern quick bikes and scooters. 4,5 ps max 45 km/h. Still not allowed on the motorways, eventhough they actually reach the formal demand of "miniumum 40 km/h" to be granted access.

Wise decision in one way, but also an inconsistency typical of Swedish legislation. (Decide first, think later, try to patch over much much later)

But, also not allowed on the bicycle paths in the cities - which sends the poor sods who tries to commute on a moped in impossible situations at the two "large" cities of Sweden; Stockholm and Gothenburg - along with many other places:
"Which law should I break to get to work?"

Mopeds class 2
1kW max 25 km/h
Requires the simple dummy test to get the cardbord "license" and earlier need a licensplate too, but the authorities ran out of numbers for the cars, and decided to revoke all licenseplates issued for mopeds class 2 just to close the gap.
...for like 14 months, until still being out of numbers and having no way to turn but to add an extra letter.

Result? Total anarchy. At first in the suburbs, and later on just about everywhere when both kids and grown ups ripped the plates of the faster class 1 scooters as well, claiming them to be "class 2". Who could check...?

Some did it to be able to use the bicycle paths where more convenient or safer.
Safer to them...
Some did it to easier get away with criminal activities and selling stolen stuff.
Anyway: total chaos.
Who could have guessed?
Well, just about anyone with their head in the right place.
Which leaves the deciding few out of the equation...

Sorry by the rant, I'm just so disappointed over the way things have turned out. Our politicians seems unable to see any further into the future than to like lunchtime or so, and lacks all abilty to add one thought to another. "Consequenses? Me, worry...?"

If I understand it right, they have now also decided to include electric aided bicycles into the category "mopeds class 2" meaning that the police should now be raiding the bicycle paths to check for drivers licences.
I don't care anymore. Noone seems to care anymore. That is really, really serious. The situation is totally fu... ...frustrating.

But, topic: the sweet little sixteen-racer, the Reiju.
According to Swedish legislation, this is a motorcycle. Never mind the 50cc.
It stomps out more than 4,5 ps, so it is no moped. The manufacturer has issued a CoC-document that it is street legal according to EU-laws - so, it's a motorcycle. There is no other way to see it.

And, being sub 125cc / 11kW, it's actually a motorcycle allowed from 16 years, as long as the rider carries A1-license.

No restrictions for motorways or so, just cruise on by.
So yes, the Reiju is legit. All bikes we accept for this ride is legit. Someone has to stand up for law and order when the authorities lose their grip.

Funny thing that it is us, "The Crazy Cannonballers" who stick to the rules, when everyone else seem to just dont care anymore...
Last edited: May 21, 2017 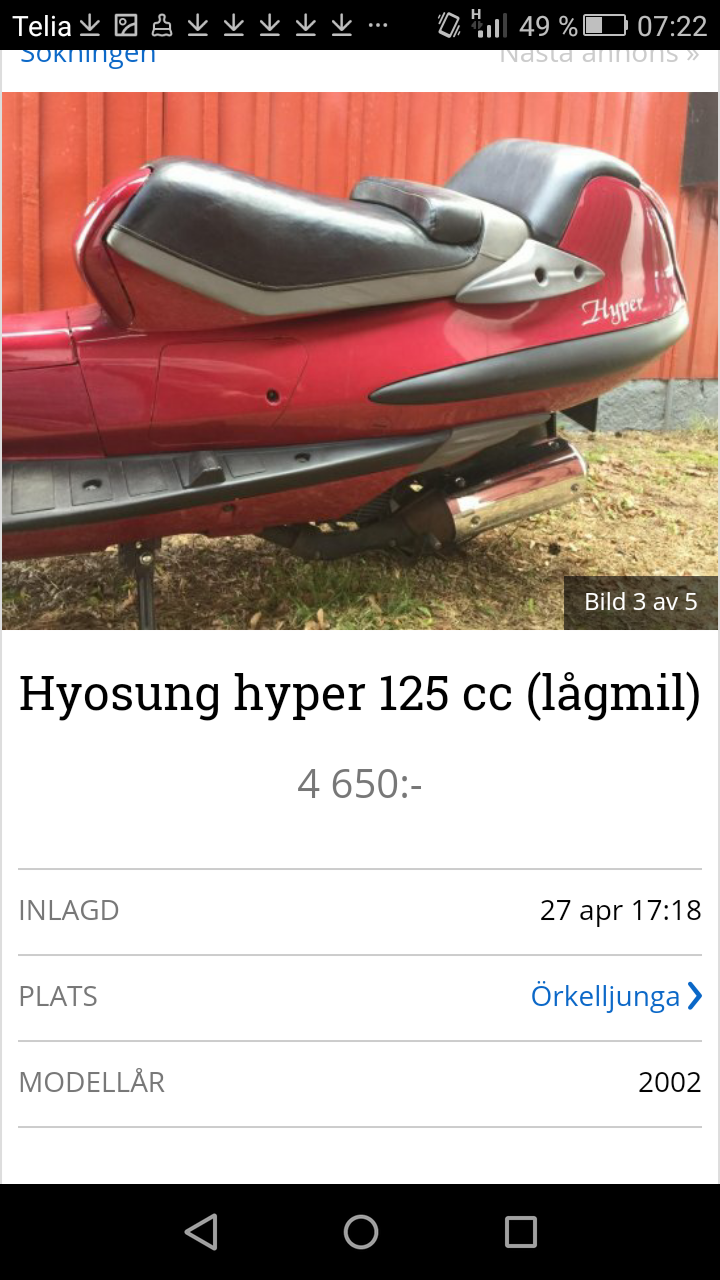 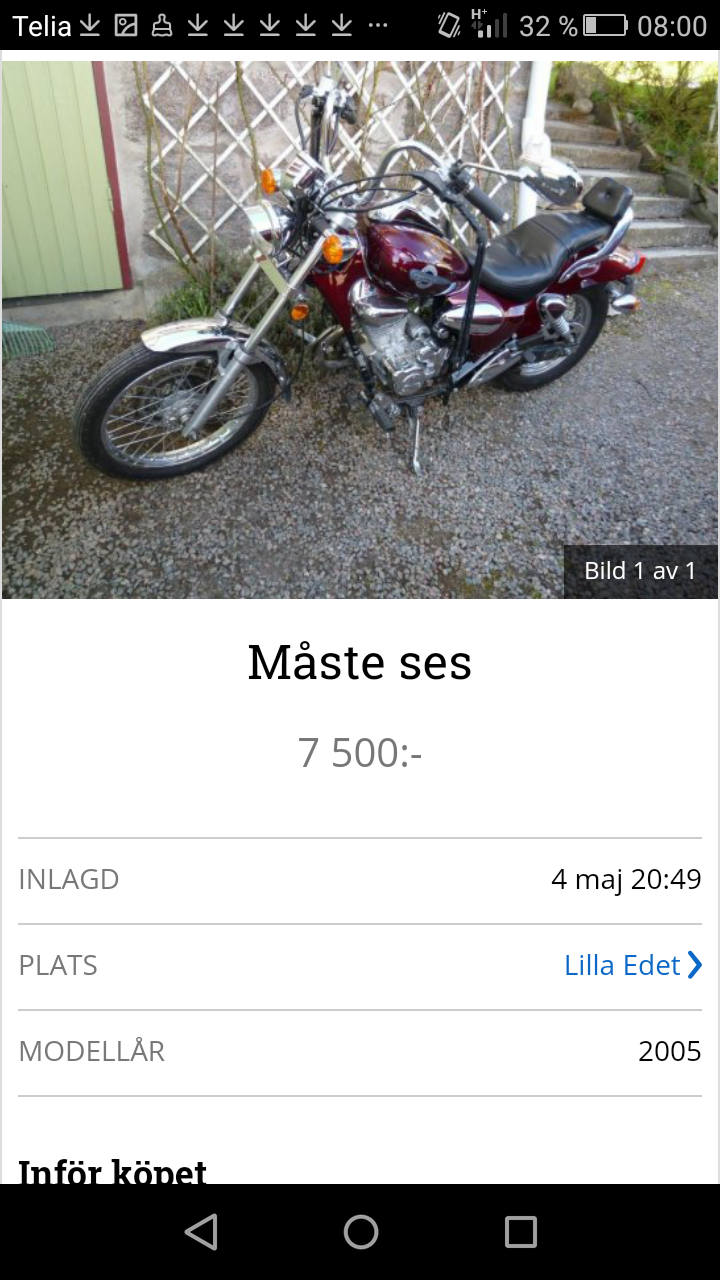 #58
Apropos 20 liters extra tank ...
Is the route already fixed?
I have two different (sub-)125s, with 5 and 15 liters tank. Their range differ significantly.

Premier Member
#59
I don't know anything about the route...but I HOPE that you will be able to skip a fuelstop every now and then....I hope. And I hope to see a lot of trucks....